Finance, fintech, consumers, citizens, what is our common future about money ?

Two experts, Karel Van Eetvelt, CEO of Febelfin and Davy Kestens, Founder & CEO of Cake will debate, exchange their point of views, share insights and enlight us over this transition.

Does money really drive the world ?  Or does the world drive money ? Our habits and way of using money are considerably changing in the transition society in which we live. Digitalisation and legislation changes the way banks are doing their business, apps are rising, transparency, speed, and efficiency are key… It took more than 10 years after 2008 financial crisis to reintegrate societal value in business models and for the Financial Times to state that “Capitalism needs a reset”. What are the issues at stake for the financial sector and the citizens ? 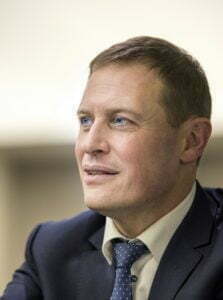 arel Van Eetvelt, CEO of Febelfin (the Belgian federation of the financial and banking sector) since 2017, was born on 21 March 1966 in Bornem.
After having completed secondary education in Latin-Sciences, he obtained a license in physical education at the Catholic University of Leuven and an accreditation for higher education.
In 1991, he joined the cabinet of the Minister-President of Flanders, Gaston Geens.
In 1992, he started working for Bouwunie, Flanders’ construction federation. He held the position of Managing Director until 2004.
From 2004 to 2017, he held the position of Managing Director of Unizo (Union of Self-Employed Entrepreneurs).
In October 2017, he left Unizo to become CEO of Febelfin.
Since 2018, he has been president of the VDAB, the Flemish equivalent of Actiris and Forem.
Karel Van Eetvelt is a great sports fan, especially of cycling and football. What motivates him is the commitment to improve society. He is also a man of consensus (he was a member of the Group of 10 until 2017), with the ambition to build the future together.
On 1 April 2020, he will become the CEO of football club RSC Anderlecht. 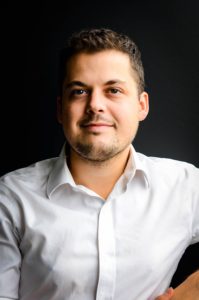 At age 23, Belgian tech entrepreneur Davy Kestens moved to Silicon Valley, where he founded Sparkcentral, an enterprise customer service software company. His startup grew to over 100 people with over $40m in funding.
In 2018, at age 30, he stepped down as the company’s CEO to build a new European Fintech company called Cake. The company’s vision is to improve the financial well-being of European consumers by launching a new independent banking app that analyzes financial data to help people better understand, control and improve their personal finances.