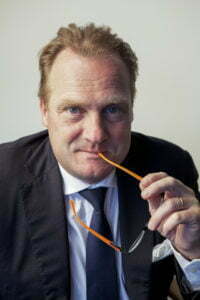 In the lead of Banking Transformation in Belgium in order to offer the best Customer Experience. Mr. Wallez will join us to discuss the challenges of the bank for the future.

Philippe began his career in 1989 as product manager at Unilever where he held various office in sales and marketing. In 1998, he joined Norsk Hydro Group as General Manager Marketing Europe.

In 2000, he joined ING as Head of the Marketing Intelligence department. He moved in 2003 to the position of Retail & Private Banking Manager for the region of Namur-Luxembourg-Brabant Wallon. From 2006 to 2012 he served as General Marketing Manager.

In 2012, he was appointed General Manager ING Private Banking for ING Belgium. Since 2015, he is also President of the UBA (Unie van Belgische Adverteerders/Union Belge des Annonceurs).

In 2016, he has been awarded with the title of Master Marketer.

Philippe (1964, Belgium) holds a degree in Engineering from the UCL (Université Catholique de Louvain) and an MBA from the University of Western Ontario in Canada.

An invoice will be sent to your company for the booked amount for the event. Provide us with Purchase Order number if needed. All prices are VAT excluded.